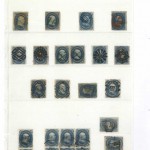 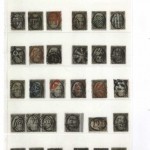 mps by showing the 1861 issue except for the 3¢.  Attached are six pages of selected stamps and cancellations.  They are part of a much larger showing.  For example, he presented 88 Blackjack adhesives and 32 of the 12¢ and 18 of the 15¢ Lincoln copies.  The latter were four-margin examples, a scarcity with this particular value.  There were pages of the one cent, a particular favorite of his, as well as a good selection of the shades and cancels on the 5¢. 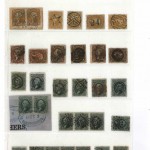 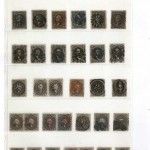 For most values there were examples of the San Francisco ‘cogs’, the Hingham ‘bats’ and the New York ‘soldier’s head’ killers.  Characteristic of almost every one of Mr. Saadi’s stamps was the clarity of the strike and its relative completeness on the stamp as can be seen by the few examples selected for the leave-behind. 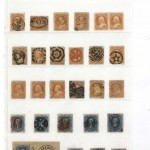 Color study of the 24 cent issue 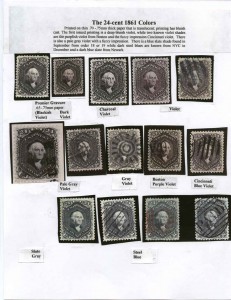 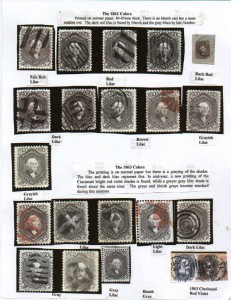