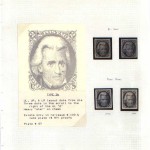 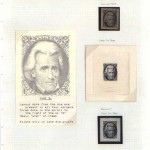 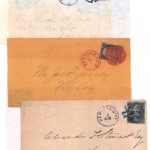 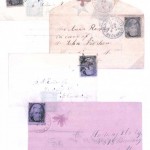 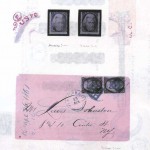 Steven Metzger, our June speaker, presented his holding of New York City usages found on blackjacks.  He pointed out that the Blackjack was basically instituted under the Act of 3/3/63, effective July 1, 1863 abolishing carrier fees and establishing a prepaid 2¢ for drop letters.

This created a situation where such letters could be divided into three domestic classes, those, which bore the words ‘New York’ in the cancels (earlier carrier delivery), those which bore the words ‘New York City’ or ‘City Delivery’ (local delivery) and the those with killers only (out-of-town circulars and printed matter).  In comparison with Louis Grunin’s holding of 3¢ 1861 period covers he had earlier established there was almost no identity in killers used on the Blackjacks and the 3¢, reflecting a physical split in the organization of the New York post office, which was confirmed by drawings of the office.

Many illustrated advertising covers were shown including a scarce grouping of A&P Tea Co. covers including ‘Chinese torture’ examples, an all-over illustrated fire engine cover (ex-Biddle) and a beautiful patent envelope. There were also numerous examples of ‘fancy’ cancels including the New York ‘bee’ in red, blue and black and a star in star in red and blue.  Among the geometric killers, shown in profusion, there were examples that were the predecessors of the later banknote fancy ‘foreign mail’ examples.  Some seventeen covers are included in the enclosed color leave-behind selection along with some 30 off-cover killer examples.

Among the rarities was an off-cover ‘Atherton shift’ and the apparently unique on cover ‘Preston shift’, the two best known Blackjack ‘shifts’. 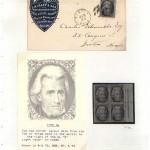 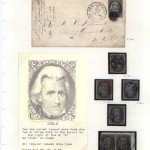 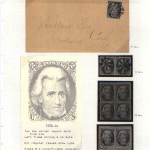 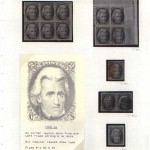 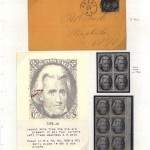 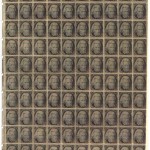 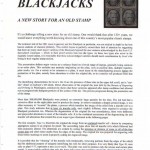 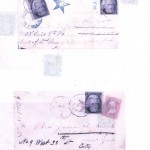 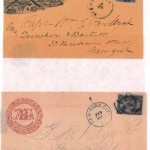