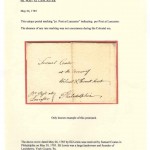 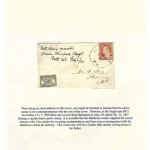 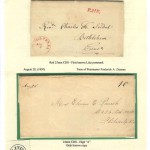 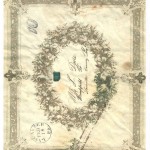 The May 11th seminar featured two speakers, Richard Colberg and Jim Boyles. Richard talked about the postal history of Lititz, Pennsylvania. He noted that Lititz was a small Moravian community, founded in 1756. The first Lititz post office was est

ablished in 1806 and Richard showed an 1822 example of the first known postmark. In addition to many examples of stampless markings, he showed one of the two known examples of 1847 five-cent stamp usages from Lititz. Jim’s presentation focused on Lancaster County markings. He showed an example of one of the earliest known Lancaster markings (1785). He also showed forwarded usages, early circular markings, the use of various colors for date stamps and a very beautiful Valentine cover.