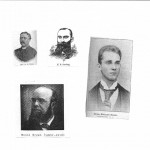 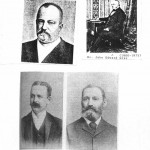 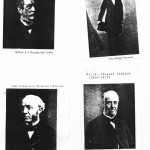 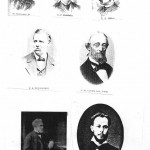 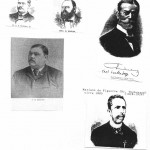 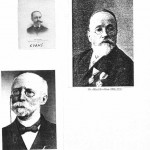 The Beginning of Philately

Initially, everything was accumulated.  This meant government and private issues, adhesives and non-adhesives such as envelopes and postal stationery.  Even facsimiles were openly collected and from 1864 to 1875 the Spiro Brothers firm made its living by meeting the need fully and openly.

Other early dealers also offered facsimiles as well as outright fakes or reprints.  From George Hussey and Ferdinand Elb, to S. Allen Taylor and J. Walter Scott, livings were made by providing facsimiles and forgeries in addition to legitimate and bogus issues.

Proofs and essays even those made strictly for collectors and never intended as part of an official stamp-issuance program were collected.  In his 1862 catalog, Valette rejected collecting those, particularly essays, because of the forgery problem and the existence of irregular ‘proofs.’

Telegraph and local stamps were collected almost as avidly as government issues and private locals, carriers and independent mails.  Newspaper stamps, newspaper tax stamps, railway stamps, school stamps and a host of labels were also eagerly sought.  At the turn of the century, some telegraph labels commanded equal or higher prices in the United States than did examples of the 1847 issue.

The expanding collecting base was helped by the study of watermarks, perforations, papers and gums.  However, these studies had a subsidiary function in determining forgeries.  Postal forgeries had been known as early as April 1850 on Spanish issues, while philatelic forgers began around 1857, according to Louis Hanciau.

Ferdinand Elb of Dresden began churning out his fakes by 1859 and was joined by the Spiro firm in Hamburg in 1864; the latter firm’s products were not reported in the 1862 works on forgery but took a prominent place in the forgery books written by the Reverend Earée.

The concept of bogus countries and bogus issues does not appear to predate late 1863 when S. Allen Taylor began to churn out his fantasies, first in Canada and then in the United States.

Specialized listings of new collecting areas began to appear at an early date.  In 1862, the A. C. Kline catalog substantially increased the list of U.S. private locals, while in 1863 the Sever and Francis catalog was the first to cover U.S. revenues.  In 1878 the Dresden Union published a descriptive catalog of U.S. officials, while also in early 1878 the New York National Philatelic Society reported it was having G. B. Mason prepare its 14,500 revenue stamp listings for publication.  However, proofs and essays had to wait until 1889 when John Tiffany published the first catalog, while independent mail handstamps and label listings did not come out in any comprehensive form until well into the 20th century.

The early collectors eagerly searched for new varieties of material to collect and were not terribly discriminating about what they bought, which is why the facsimile and bogus market boomed. Following the U.S. Civil War, advertisement after advertisement appeared in the Southern press seeking Confederate provisionals, many of which were still unknown.  Not all were genuine.  In February 1872 the Philatelist published articles authenticating the Pleasant Shade and Rheatown Confederate provisionals.  The June issue that year reported on a number of independent mail and express labels.

In the early 1870s Charles Coster (1852-1900) scion of a wealthy merchant family began his major study of locals and carriers.  He used newspapers and city directories as source material in addition to contacts with still-living collectors and dealers who might remember the early private posts.  In this way he determined what existed and rejected a number of others.  In 1868 he serialized his studies and later Scott published an unauthorized English edition without consulting Coster who then published a revision in French in 1882, Les Postes Privée, his seminal work, which is still being used.  Unfortunately, if he rejected something, it was classed as bogus and became a target for destruction.

At the International Congress of Stamp Collectors, held in June 1878 at Paris, Coster, who was Congress president, gave a major paper on U.S. provisionals, possibly the first one.  It included discussion of the then unrecorded Philadelphia and Washington provisionals, as well as the Alexandrias which were first reported in March 1873.  News of the Brattleboros saw print in 1865, while the New Haven envelopes were first described in May 1871 by New York dealer William Brown.  It was 1875 before the Baltimore provisionals were reported.  Coster’s paper was followed up by John Tiffany who, over the next decade, sought out contemporary documentation in the newspapers and turned up much new data about these items.

The scientific approach to collecting that incorporated study of watermarks, perforations, papers and gums had another consequence that changed the nature of the hobby.  The initial albums, such as the Lallier, were designed to show face-different stamps only.  They also had such small space allocations on the pages that may stamps could be displayed only when closely trimmed.

The acceptance of perforation varieties as a collectable class meant it became important to have sufficient margins around the stamp design to let one determine if the stamp was originally perforated or not and, if perforated, what kind of perforations were used.

With the acceptance of watermark and paper varieties, it became apparent that examination of the back of the stamp was now important as well; this brought about a demand for hinges.  At the same time, recognition that different stamps had different gums put added emphasis upon the backs and created a demand for ‘post office fresh’ or mint stamps.

The scientific curiosity that led to the development also whetted the general public’s interest in stamps.  The New York Evening Post on August 24, 1861, gave a lengthy report on the manufacturer of the new 1861 issue, with other papers chiming in on various aspects of the new issue.  The February 1862 New Harper’s Magazine discussed the perforation process.  A bit earlier in October 1860, James Holbrook began publication of a semi-official account of postal affairs, called the United States Mail and Post Office Assistant that ran for the next 15 years and was subscribed to by most U. S. postmasters.  The October 1871 Harper’s published a detailed account of how stamps were printed at that tome. The popular Valentine’s Manuals also carried extensive commentary on early postal service in the United States.