Our speaker for February, Harvey Mirsky, gave us an entertaining and informative presentation on 1847 cross-border usages with Canada. His talk covered the various postal rates involved during the 1847 to 1851 time period, including both the U.S. and Canadian portions. Harvey’s covers illustrated the five cent and ten cent usages to Canada, plus several very rare examples of these stamps used from Canada to the U.S. Many different rate combinations were shown, including a unique example rated double weight in Canada but single weight in the U.S. Other scarce examples included the Troy and New York Steamboat marking and a demonitized usage. 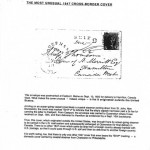 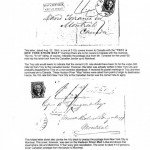 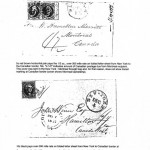 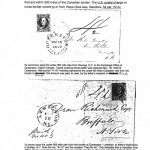