Our seminar leader for the February 11th meeting on the social and philatelic history of Camden, N.J. was Gene Fricks, past editor of the Collectors Club Philatelist for many years. The founder of Camden was William Cooper who settled at Pyne Point (later Cooper’s Creek) and began a ferry service to Philadelphia by 1690. In the Pennsylvania Packet of March 2, 1774, an independent mails operator, Bennoni Dare, advertised his stage wagon would run from Greenwich, N.J. through Salem crossing on William Cooper’s ferry to Capt. John Hyden’s in Philadelphia carrying letters for 4d each. Another stage line that took advantage of the ferry to Camden was the Moorestown stage running from Philadelphia at least as far north as Westfield, N.J. according to surviving covers. An example addressed to Camden is known in 1846. 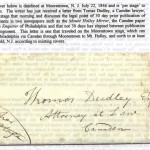 (Figure to the right)

Mr. Fricks makes the point that Camden originated as small groups of houses surrounded by empty fields and is so again today as it is the 4th poorest city in America having been devastated by the removal of its key manufacturers; its residents’ primary income today is from welfare. Campbell Soup moved its manufacturing out of the city, RCA-Victor shifted its manufacturing elsewhere, Esterbrook Pen, the leading steel pen manufacturer, developed a new type of pen but lacked the financial resources to make it work and sold the patents to a French company where it is now produced and known as the Bic pen.

The addition of the Ben Franklin Bridge between Philadelphia and Camden was also devastating as the Camden approaches to the bridge were set through the most prosperous upper middle class area in the city, driving the residents out. The shift of postal facilities from Camden to a regional center also eliminated much of the Camden job base. The presentation took up a number of frames in the Collectors Club; please see the scans below. 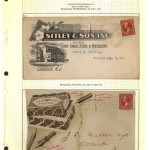 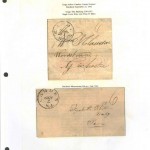 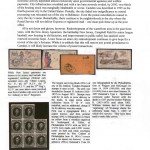 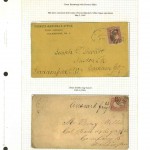 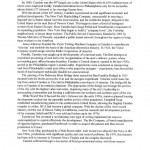 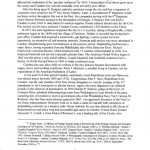 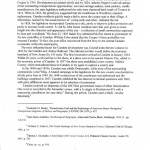 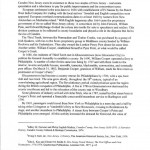