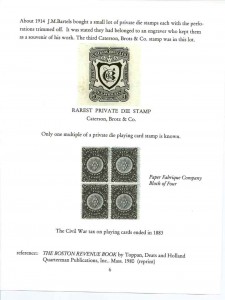 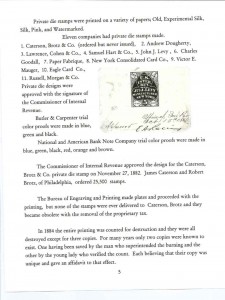 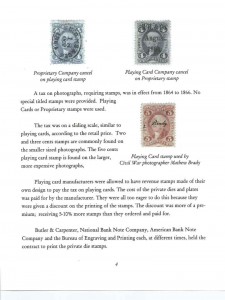 Our last speaker, Edward Tricomi showed some of the great playing card revenue rarities. One tidbit
was that cards were very likely among the first printed items in China during the 8th century A.D.,
when printing first developed and are definitely known there by 1120 A. D. They were apparently
introduced into Europe by returning Crusaders circa 1377-79 A.D. Proofs of a playing card stamp for
America in 1765 are known and illustrated in the leave-behind; however, there is no evidence this stamp
was ever used in this country. 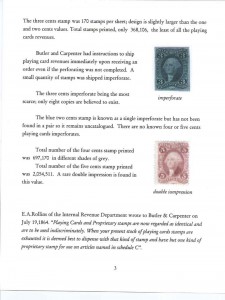 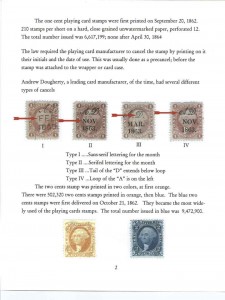 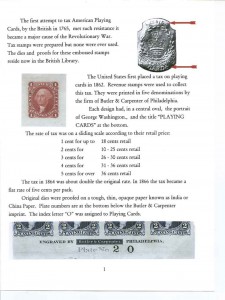