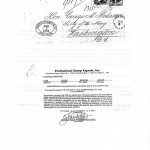 Our May 12 speaker, Alan Berkun,

dazzled us with a great number of very rare (and several unique) first day covers and earliest known usages (EKU). Alan’s talk centered on the efforts needed to verify earliest known usages and earliest documented covers. He discussed the many problems encountered in this field and showed a broad array of items. These included: four different FDCs of Scott #10 (three cent Orange Brown); an FDC of #64b (rose pink); Oct. 1, 1883 FDCs for the two cent brown and the two cent postal stationery; and many examples of EKUs on cover. Other highlights of his presentation included FDCs of the two cent and four cent Columbians; the one cent, two cent and five cent Trans Mississippi stamps; an FDC for the entire Pan American Exposition series on a single cover; and the unique FDC showing the full set of stamps honoring the Louisiana Purchase. 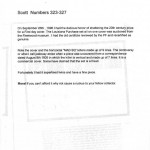 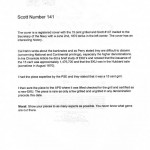 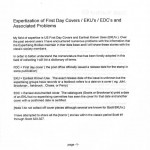